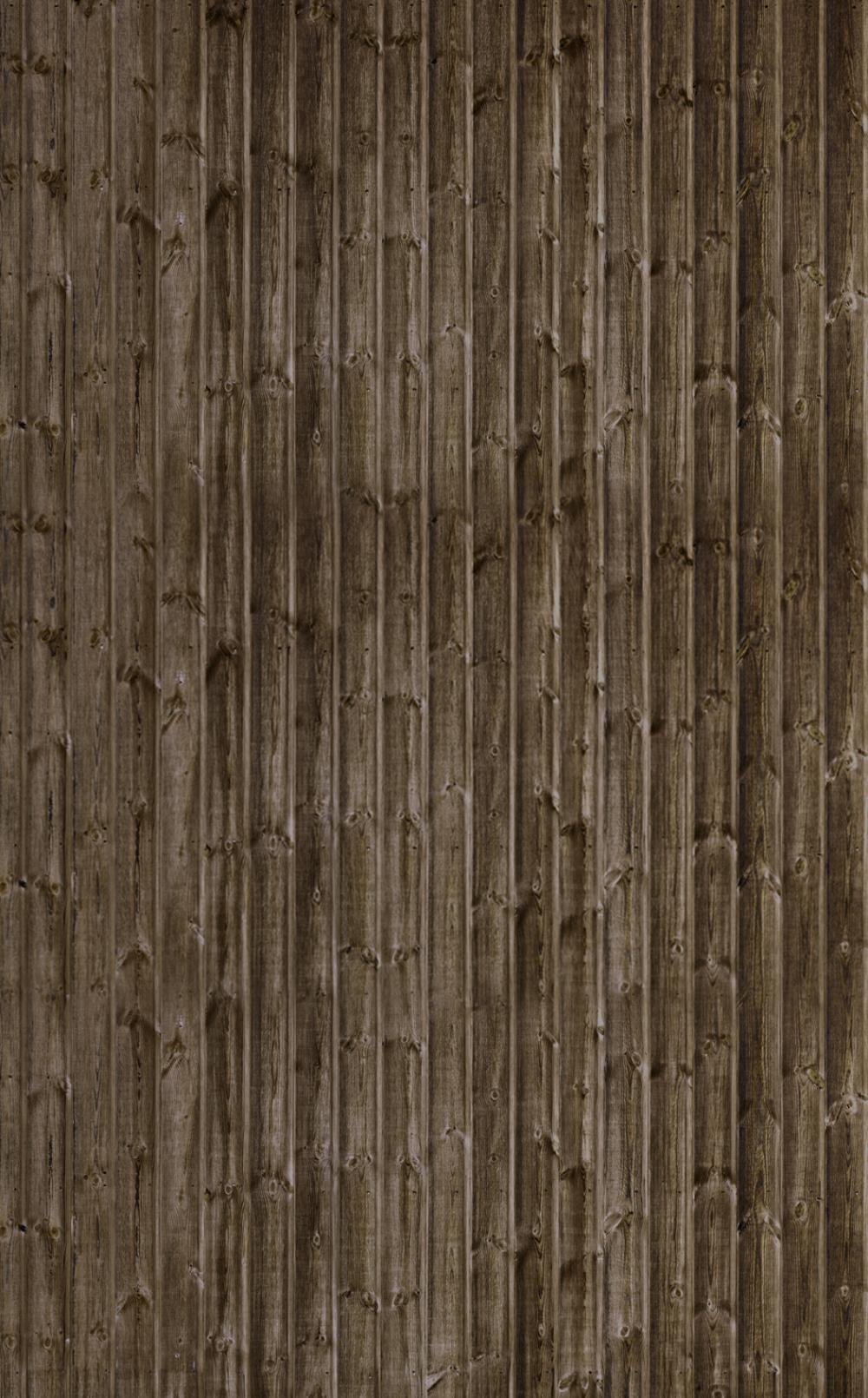 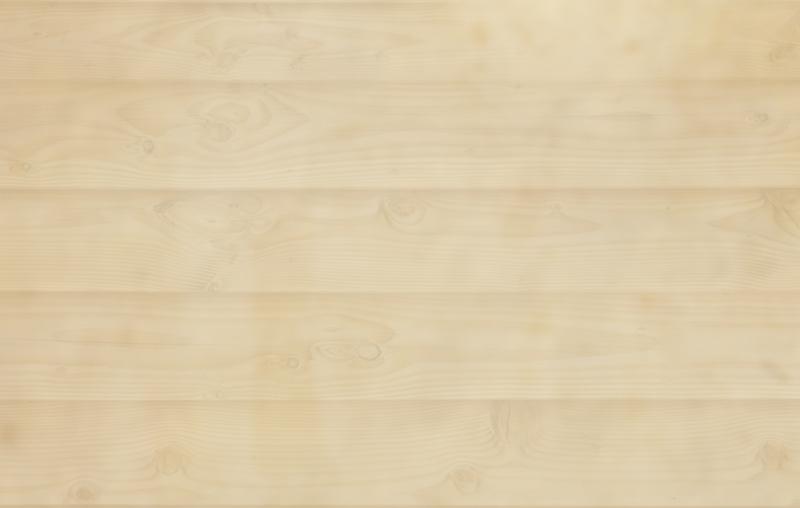 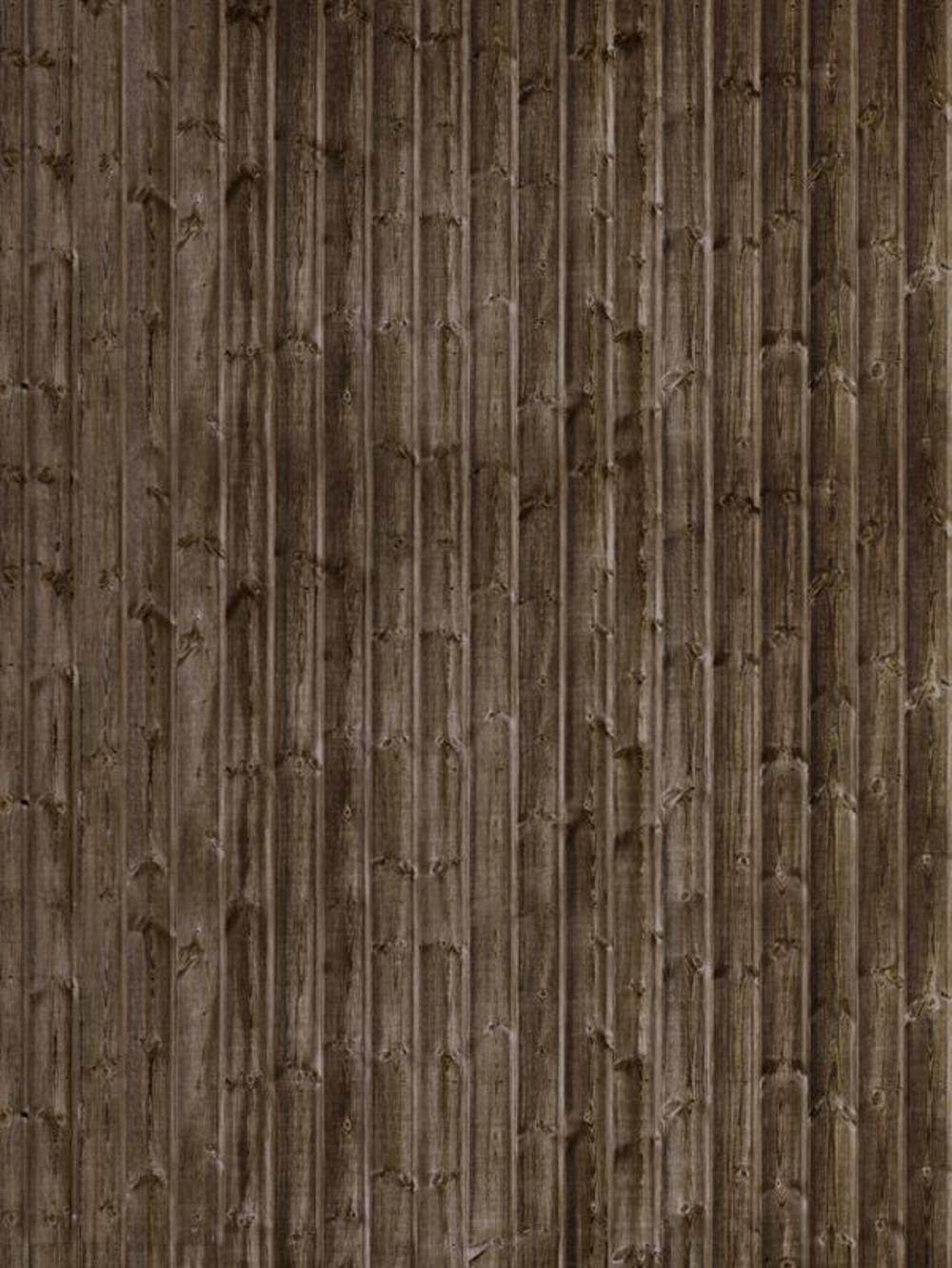 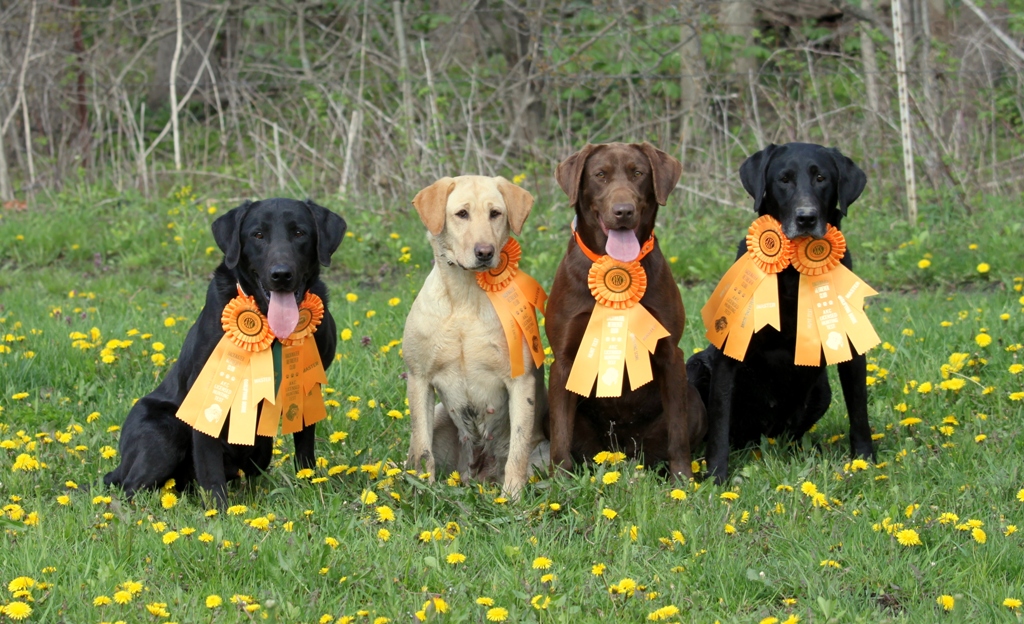 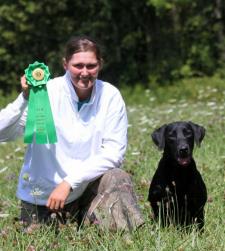 2011
Coach, Tory, Rayne, and Rio were all entered in Backwater's hunt test this year, the first two in both Masters, and the latter in just one. I am happy to say that all four dogs passed each of their tests!! On top of it all, HRCH UH Coach finished his Master Hunter title going 6-7! Tory is now 5-6 and needs one more pass for her title. For Rayne and Rio, this was their first Master runs and passes. (6-6)
We made the 5 hour trip out with one purpose in mind: to finish HRCH UH Tory's Master Hunter title.....and we did it! She rocked the tests, didn't handle on a mark all weekend, lots of compliments from the judges. Rayne also ran, but went out in the 2nd series on the water blind. (1-2)
We ran KVHRC's one day event with Rayne and Rio in finished, and both dog's passed their tests! This was pass #2 for each of them! (2-2)
Had a great weekend at BRC's inaugural HRC test, client dog's Casey and Gauge passed both days in Started (1st/2nd passes), Rayne passed Finished Saturday and Rio passed Sunday! (6-8)
TITLE!!! Two NEW HRCH titles were earned on Saturday for both Rayne and Rio! Ellie also earned her first Finished pass, and client dog's Casey and Gauge earned their 3rd Started passes. (5-5)
It seemed a bit more relaxing than some of the more recent tests, not nearly as many dogs to handle! Fun weekend though, Ellie earned her 2nd Finished pass, Alex earned her inaugeral Started pass, and client dog, Casey, passed his fourth straight for his Started TITLE! Congrats to his owner Don! Casey is a very fine dog and this is the first of many titles to come. (3-3)
We are focused on earning our next two titles with Ellie and Alex, and headed to Michigan as part of the journey. Ellie earned her 3rd and 4th Finished passes, and Alex earned her 2nd and 3rd Started passes. Great weeked at SCFHRC - (4-4)
Ellie, Rio, and Rayne entered the Friday Master Hunter test and each received a pass! This was Ellie's first pass, while for Rio and Rayne, it was their 2nd. Girls rule! (: (3-3)
Our final test to finish up a busy hunt test season.......went great! Ellie earned her HRCH title passing both days (6 straight passes!), and Alex earned her SHR title passing her 4th test on Saturday. What a great year! (3-3)
Until next time, keep training the dogs!!

2013
Events:
Backwater Hunting RC Hunt Test (June 15,16)
Excellent weekend running on some super nice grounds. Blake and Skye both passed their finished tests both days, with Jade running Saturday and earning her HRCH title! Cody also earned his 2nd and 3rd Seasoned passes, and is now one pass away from his HR title.
Pass rate: 7-9 overall
Breakout session for the newest members of the big dawg crew: Blake, Rylee, and Skye all ran their first Finished tests of the season and came away passing 5-6 of the tests overall. With the cumulative point earned, each of them earned their HR titles! Cody also earned his first Seasoned pass.
Pass rate:  (6-8) overall
Double Master event weekend, Rio earned a MH pass in Friday's Master and Ellie earned another pass in Saturdays. (2-4)
"I just thought that I would give you yet another update on Winnie, this one about her last two Started Hunt tests.  Winnie picked up the first bird with no problem, however when I released her for the  second bird, she over ran the bird as we were in lunging water and started hunting for the bird in the wrong area.
After letting her hunt I could tell that she wasn't going to pick it up by herself so with two cast's I put her right on the bird.
We received a standing ovation from the judges and the gallery.
The judge later old me that he couldn't believe a started dog could handle as well as Winnie did.
Once again, a tribute to Trinity Oak Labs and the great blood lines you are producing. "
The name is now officially SHR Winchesters Golden Legend!
Started Dogs 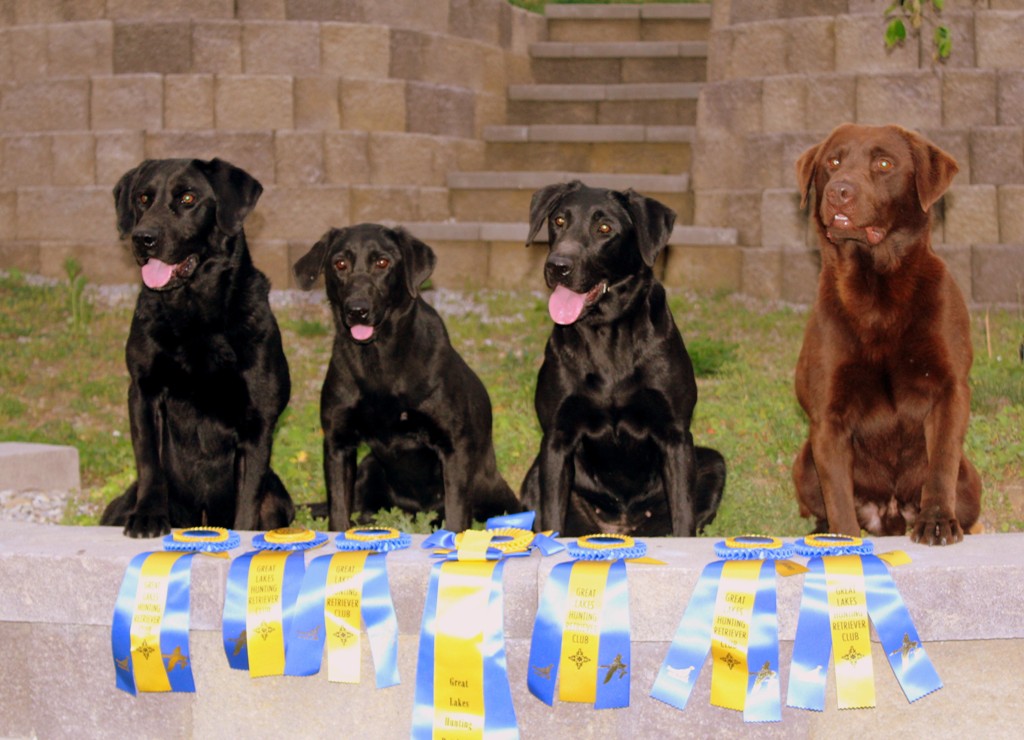 2012
Finished up the hunt test year with a great group of young dogs in Pioneer. Skye passed her first Finished test and Maya(owned by the Richmond family) earned her first Seasoned pass on Saturday. Libby(owned by the Reiff's) and Jake (owned by Rich P) passed their first two Started passes on Saturday and Sunday. Congrats! (6-12)
Rio and Rayne passed their Master Hunter tests and Maya (owned by the Richmond family) earned her first Junior pass on Saturday. Also, congrats to Brad L with his young pup "Boomer," for passing both of their Junior Hunter tests and earning the JH TITLE! (3-5)
Rayne and Ellie earned another Master Hunter pass towards their MH title, while Boomer(owned by the Laskowski's), handled by Abby on Saturday and by Brad on Sunday, also passed both of his Junior Hunter tests. Congrats! (4-5)
Rylee earned her 3rd Seasoned pass (1-3)
Coach earned his first Field Trial ribbon this weekend, with a JAM(Judges Award of Merit) in the Qualifying!
Skye and Rylee did a great job in their Seasoned debuts, each going 2-2 on the weekend. (4-4)
Maya (owned by the Richmond family) made her Started debue a success this weekend by going 2-2 in her tests! She made it look easy, and took many compliments from the judges. Perry (owned by the Golden family) did a great job on the land marks, but came up short on the water. (2-3 pass rate)
Email Us
260.593.2768
ESTABLISHED
2002
2016
Kankakee River HRC Hunt Test (August 13) 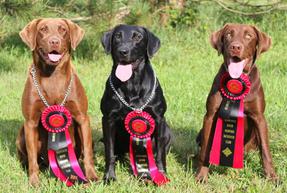 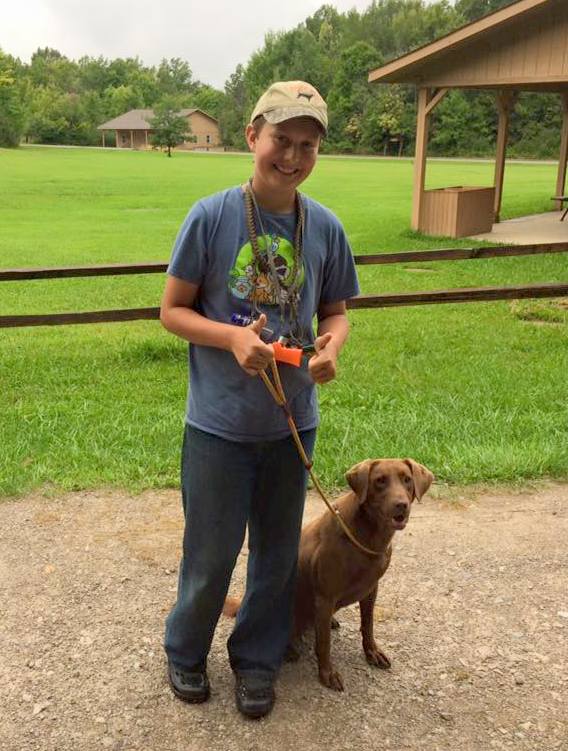